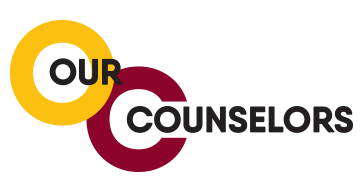 Here's How to Reach Us

While we're still operating under some restrictions related to COVID-19 for the 2022 winter quarter, you can still speak with one of our counselors by phone, email or Zoom video. To schedule an appointment, please send an email to outreach@deanza.edu or use our online scheduler.

Our counselors can assist you with 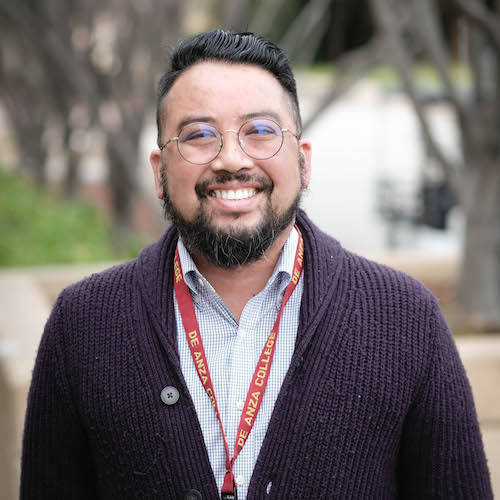 Erick was born and raised in Southern California. He is a proud alumnus of the California Community College system, graduating from Orange Coast College in Costa Mesa, CA. Erick transferred to San Diego State University and received his Bachelor of Arts in history with an emphasis in Asian American studies.

Erick continued his education at Northern Illinois University, where he received his Master of Science in counseling, specializing in clinical mental health counseling and career development.

He is currently pursuing his doctorate in educational leadership at San Francisco State University, focusing on identity development of men of color in post-secondary education.

Prior to coming to De Anza College, Erick served a counselor/instructor at Laney College in Oakland CA. 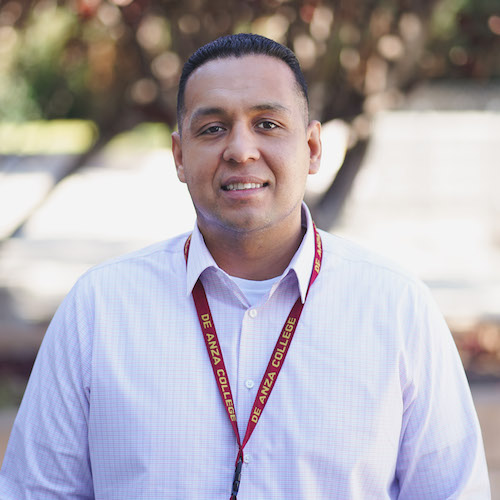 Jesus is a first-generation college graduate, born and raised in San Jose. Growing up, education was not a priority. Jesus felt fortunate to have graduated high school. In 2011, Jesus enrolled at De Anza College and was part of the First Year Experience (FYE) program. He began his educational career as a peer adviser and tutor in the Student Success and Retention Services center, where he enjoyed helping new students make a successful transition.

Jesus was awarded the UC Santa Cruz Karl S. Pister Leadership Opportunity Award for students who overcome disadvantages and demonstrate a commitment to assisting others. At UC Santa Cruz, he majored in sociology and Latin American and Latino studies, while working as a Peer Adviser for the Educational Opportunity Programs Office and intern for the Ethnic Resource Center. He also worked in Retention Support Services and Services for Transfer and Re-entry Students at UC Santa Cruz. He later earned his master's in Educational Counseling at San Jose State University in 2019.

Jesus emphasizes an atmosphere of acceptance when working with students. He believes that it is important to provide an open space where students can feel comfortable regardless of class, gender, sexuality or race. 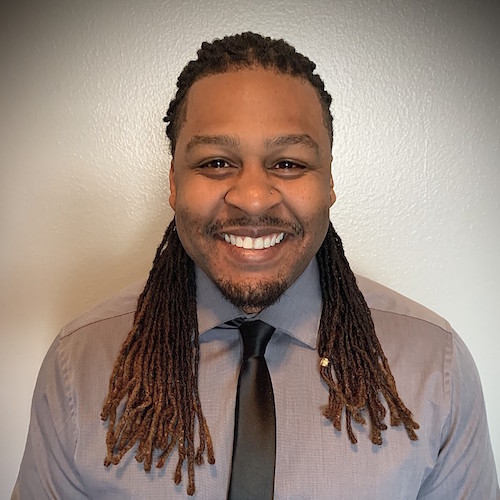 Sheldon was born and raised in Palo Alto. He graduated from Palo Alto High School and attended De Anza College. Sheldon was a First Year Experience Program (FYE) student and utilized the Math Performance Success Program (MPS) and received his AA degree in Liberal Arts for Social and Behavioral Sciences.

Sheldon then worked as an academic advisor at UC Santa Cruz for two years and then worked in the same position for a year and half at De Anza College.

Sheldon seized an opportunity to join the MPS program which helped him pass Math 10 (Stats). Sheldon cherished the connection, dedication and teamwork that the MPS team fosters.

He is happy to be a part of a growing community and eager to help and serve as a counselor for the Men fo Color Community.